The 20th trump card in my wordcloud tarot deck is Aeon. A departure from the more traditional deck and following instead the lead of the Thoth deck.

More traditionally called “Judgement”, that word is still emblazoned bigger than any other in the background here along with era and tine and change and phoenix and atonement and all the other easily readable meanings.

The departure is because the last few cards in the major arcana are about the sun and the moon and the stars and the universe and post-Einstein, space-time itself seems to fit the pattern better than judgement. Judgement is merely a facet of the deeper meaning of the aeons themselves. 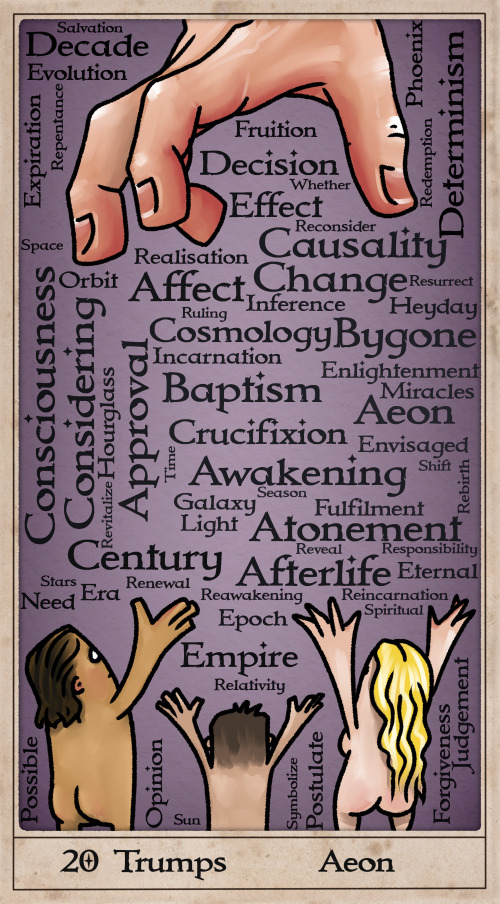