The final card in the major arcana is often known as “world”, but the trouble with that is that you immediately start to picture it as the Earth from space. But that isn’t what the final major arcana card is about.

It’s not about a single pathetic little planet floating in an infinite sky.

It is the whole world, the sky and the stars and the infinities. Our post-Copernican eyes can’t see what the tarot card previously known as “world” in it’s true sense any more so once again I follow the Thoth deck, this card represents the whole universe.

You can’t even hope to draw a picture of the whole universe, so concentrating instead on symbolism of the universe being both everything and yet just one thing, wholeness and oneness and infinitely and so we have Oroboros the snake eating itself. 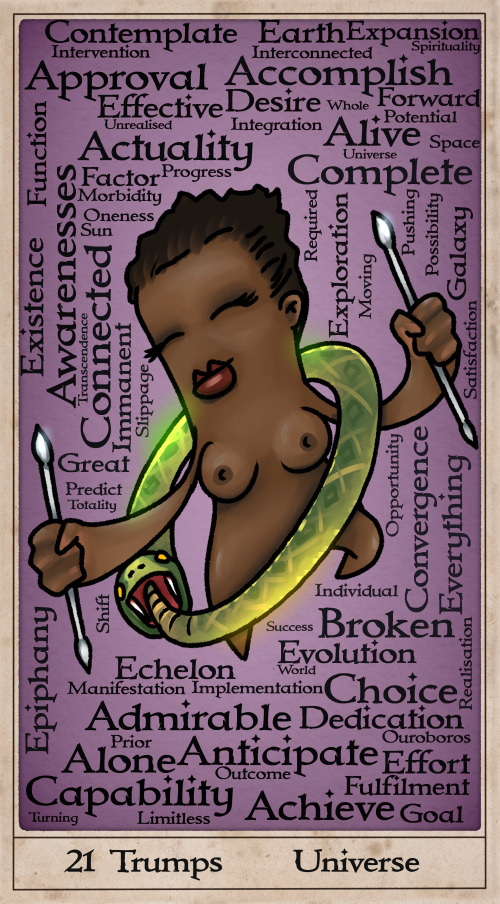