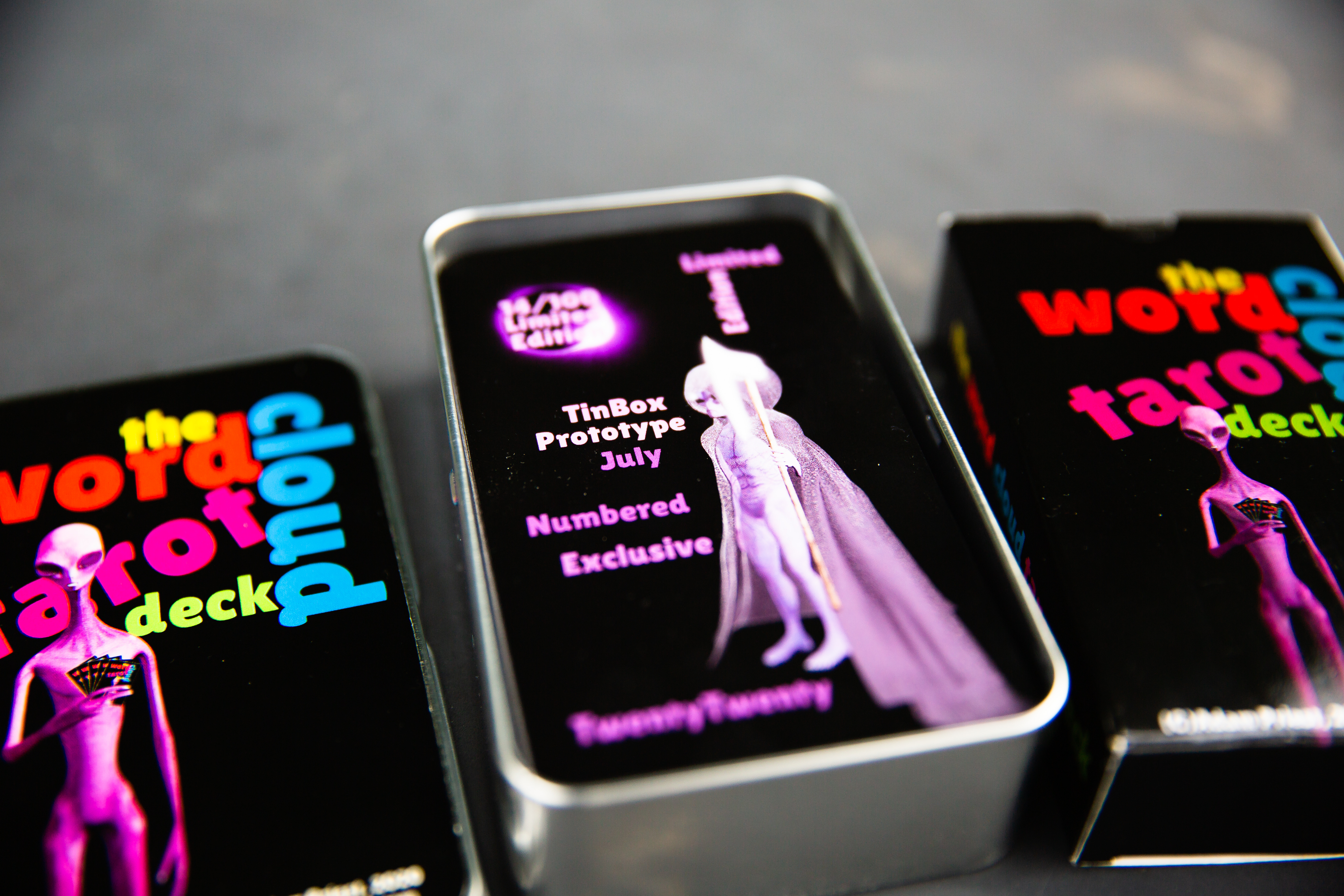 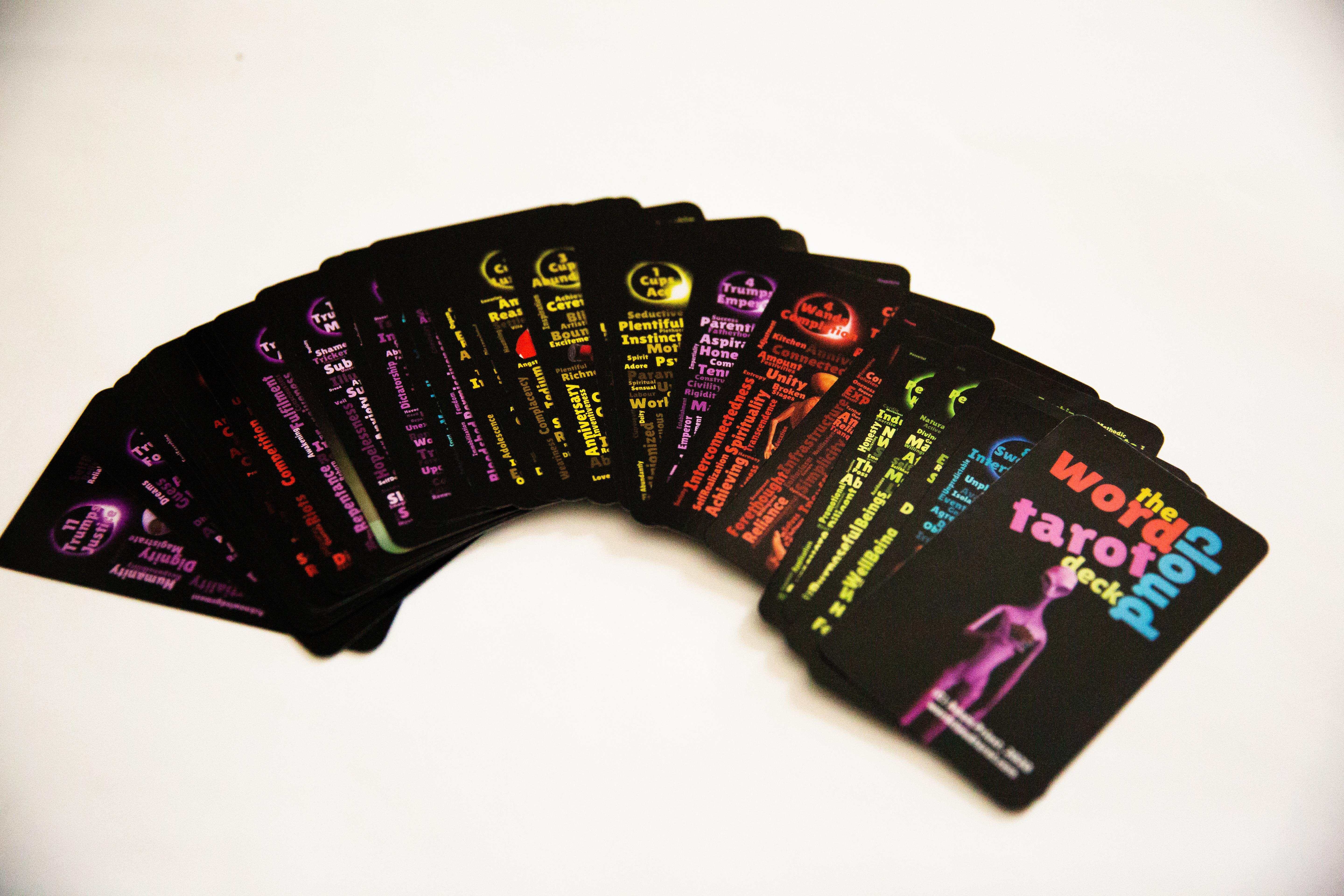 You will recieve a limited edition, numbered, first print of the new Word Cloud Tarot decks.

Designed with beginners in mind, the card-reader need not look up the meanings of the cards in books as they learn. Instead the things that the card represents are written directly onto the card in English.

The decks all come with the full major arcana and four minor arcana suits. All the traditional cards are there.

The pack also contains four bonus cards depicting some example spread-patterns, and each of these first-print 100 limited-edition decks contains a unique numbered card to verify it's authenticity.

There were 22 tin-box edition decks printed and 88 cardboard-box editions, but many are alrready sold.

Beautifully printed in gloss black and color, you can pick between: 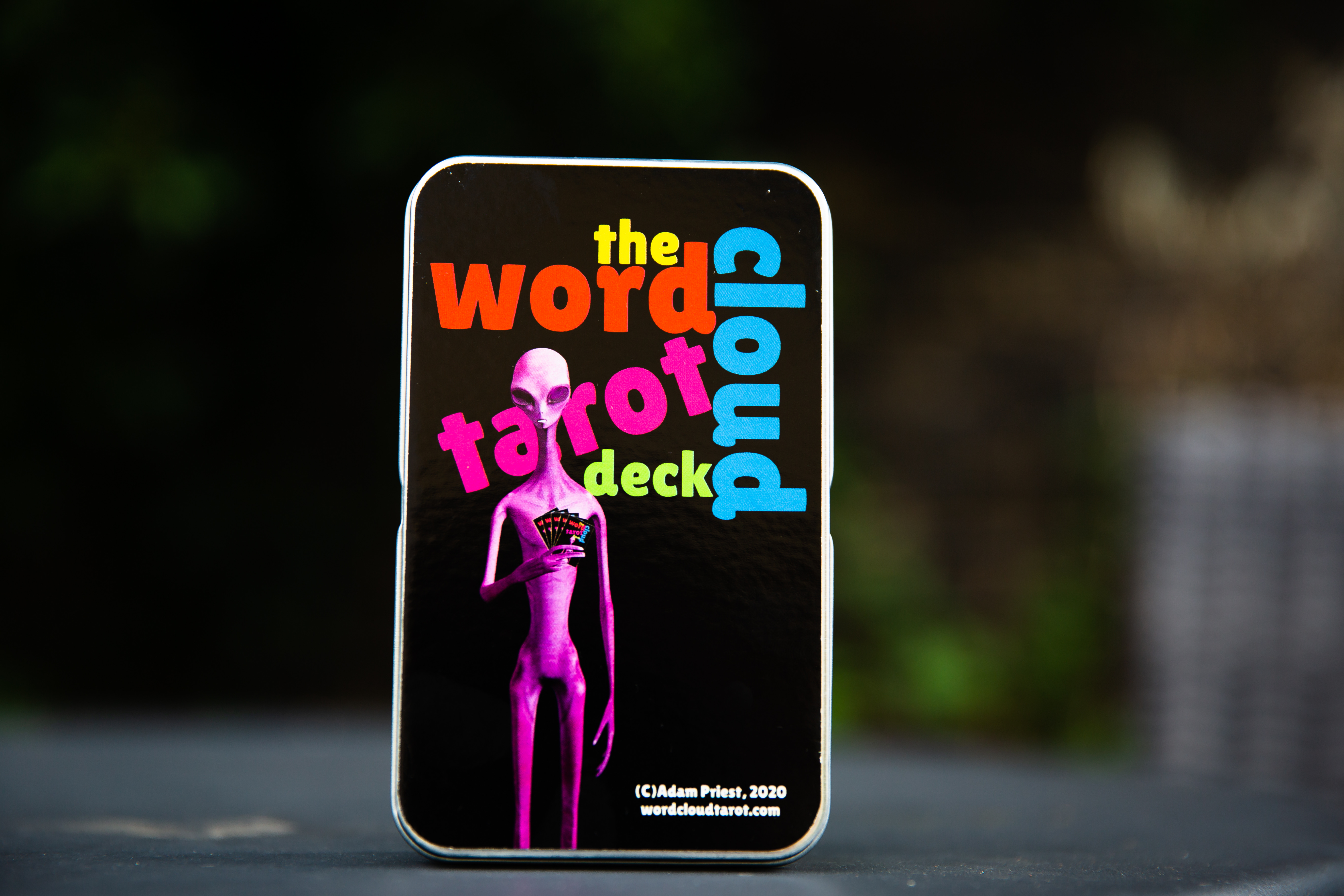 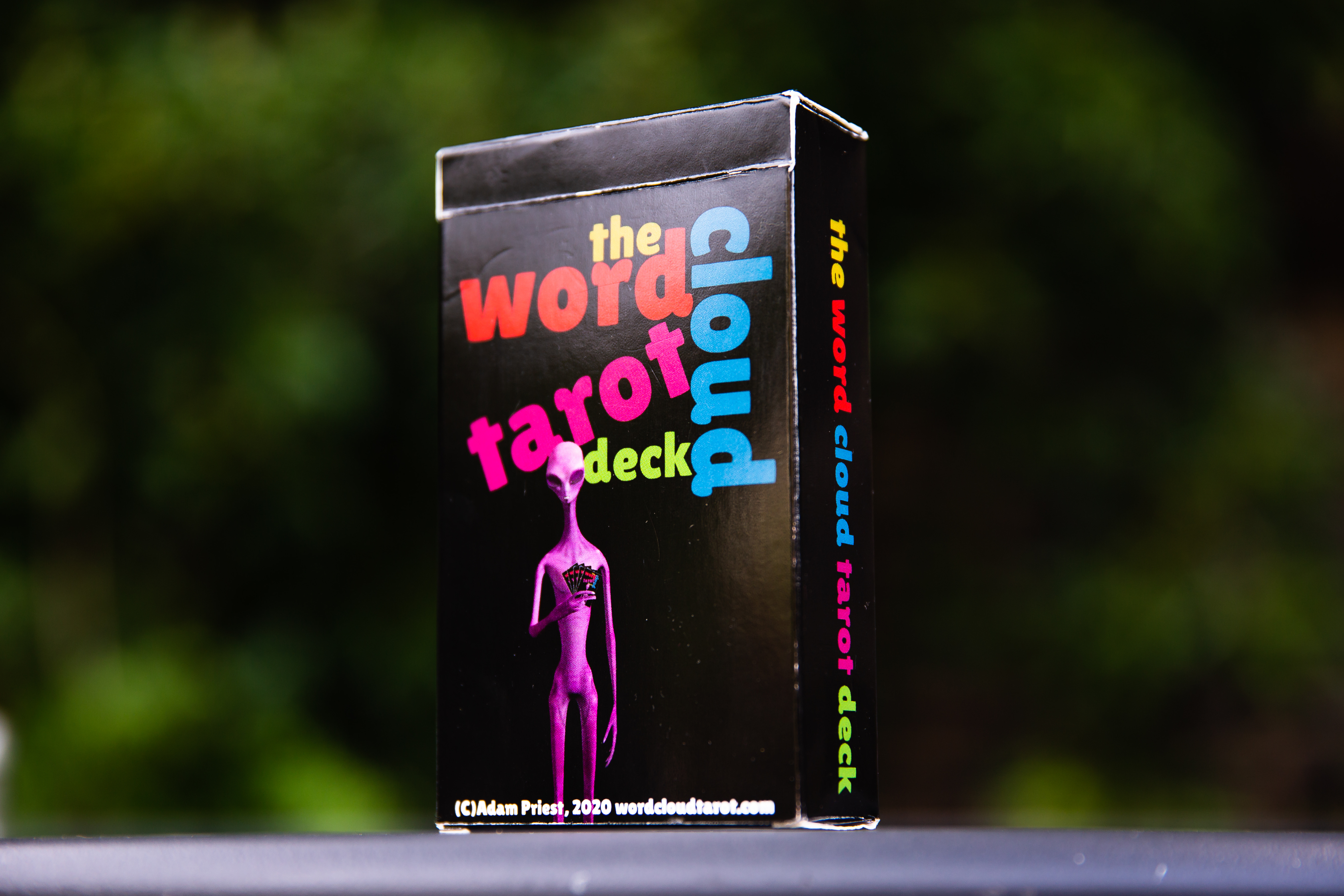 The print-on-demand version of the deck is not limited edition but can be shipped world-wide.