We find that boosting the show on Facebook has been unprofitable and disappointing, that it is bringing in strife from those who think the tarot a scam, and also from those who think I disrespect the Tarot by claiming it’s subconscious word-games rather than supernatural magic.

Facebook’s advertising department would say that there is a future where effort and ambition bring movement.

But the cards suggest making peace instead, that this would bring the influence of love and connectedness into my life and that the biggest obstacle would be being so happy and calm that I lost focus on the project.

If you want to buy a deck like the one in the show visit the website at wordcloudtarot.com - the December Sale means it’s 15% off till Christmas! 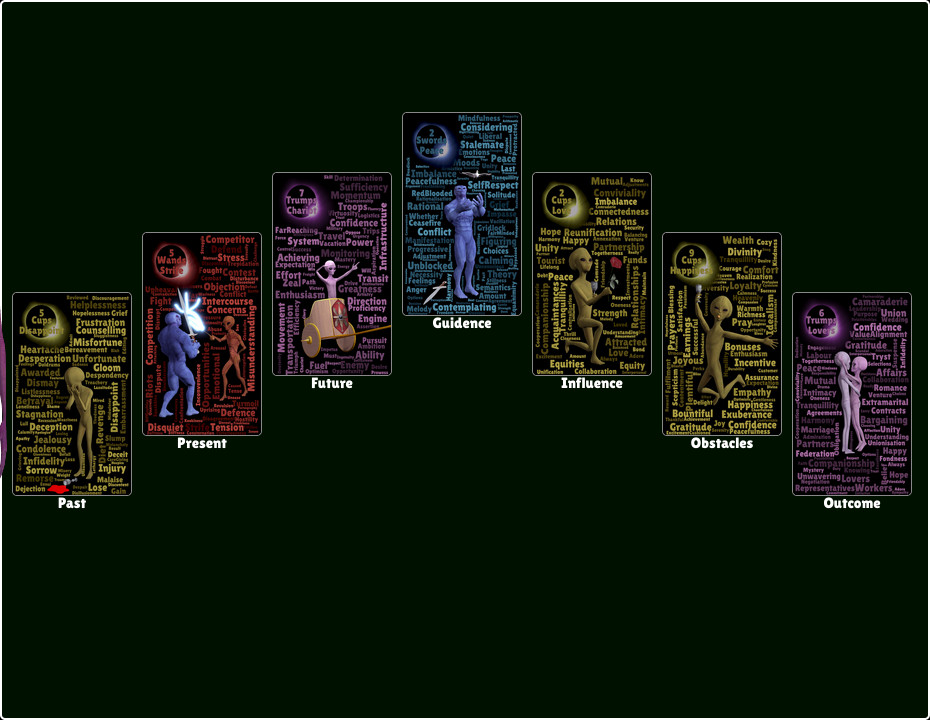