A tarot reading in which ask what to expect from the Presidential Inauguration on Wednesday.

The cards give us a history of democracy:

Society hopes for smart, well spoken, reasonable and powerful leaders, like the Queen of Swords. So society uses the science of arithmetic and voting to force the battling parts of it’s society into a truce.

Historically, this has worked well, and we have indeed had eloquent and calming leaders.

But at the moment we have had some cruelty. There has been deception, desperation.

The inauguration represents some new hope, a new political project full of the energy and potential of the Ace of Wands.

In the end though, the wheel of future continues to turn. The democrats may have won this time, but the Republican’s time at the top of the wheel will come again. Perhaps in four years. Perhaps in ten, but fortunes always reverse in the end. 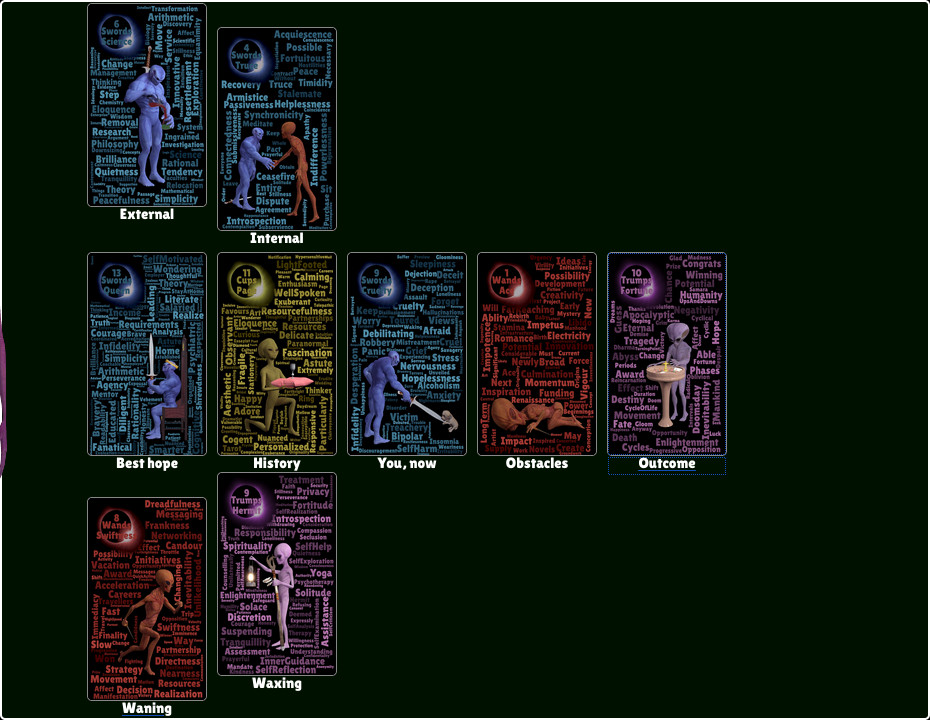