This week Adam noticed that Boris Johnson is planning to visit Scotland to save the union! Not the European Union, obviously, the Union of the United Kingdom.

We ask the tarot how that’ll go.

The cards tell us that the the history of Scotland’s place in the UK has been one of betrayal and debauchery. They’re abused and suppressed and many turned to drunkenness and decadent laziness. They are currently feeling dejected, and remorseful at their betrayal by this Vote Leave government. They are disappointed and regretful.

They have a plan for the future though: a stand-alone country with rulers who are pragmatic and decisioned. Rationalists and artists and thinkers rather than whatever this Brexit government is.

But here comes Boris, bringing an intervention! He cases strife and contradiction and upheaval. He brings with him the full power of the British state: Cation and conservatism and hard power!

But his obstacle though is the romance of a new state itself, the mystery and air of possibility that will be conjured by the idea of a new free Scotland.

The final outcome will be change. But a scientific synthesis of ideas. Perhaps independence, yes, but with some way to retain Scotland’s old ties to the British union. Perhaps dual citizenship for all or some other fusion of ideas.

You an buy the Word Cloud Tarot deck from wordcloudtarot.com - it’s the easiest tarot deck to use in the world! 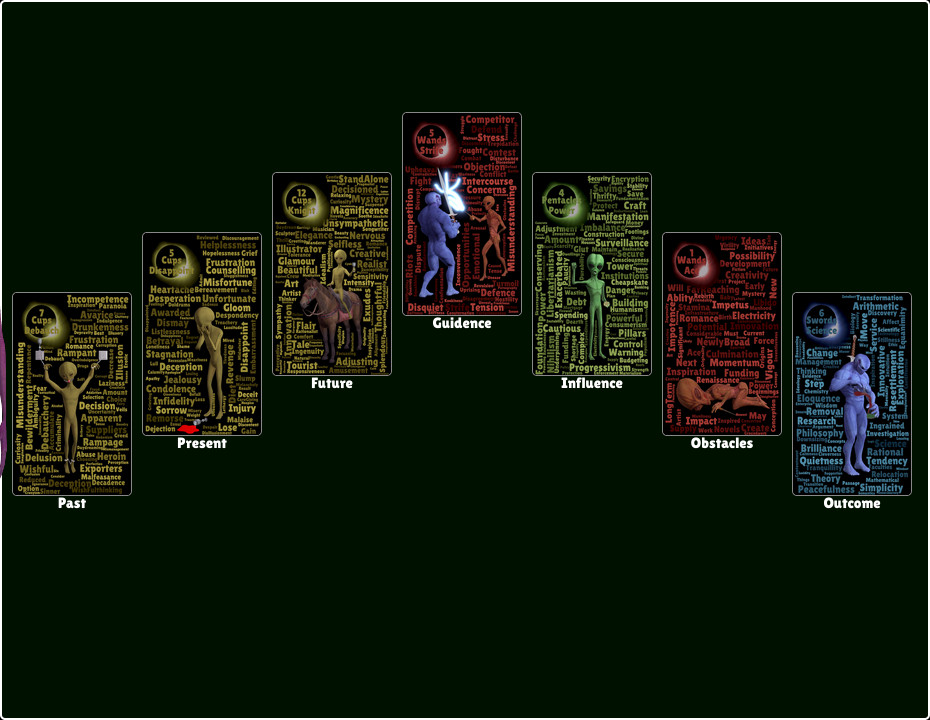