On the day that social networking app #Parler comes back online after a forced hiatus, we do a #tarot reading on it’s future.

The site was formed from a Conservative and Libertarian ideology, seeking dependability for their Honest free speech.

They wanted to talk about everything in the universe. To become more connected, more self-realized. To talk to each other and explore the universe in each other’s minds.

But the influence of the abundant existing wealthy social networks and politicans fund a opportunity to use their wealth to force Parler to move.

Which leaves it where it is today: In movement with the Chariot. Building new Infrastructure, determined to make new systems.

Will their efforts be successful? The cards indicate sociability, with energetic analysis and fascinating gregarious people. But they also suggest much of the discussion will be heated, sharp-tongued, agitated, garrulous and haughty.

Word Cloud Tarot don’t expect to be joining Parler, but hope those that do enjoy the fire of a haughty sharp-tongued discussion.

You can buy the Word Cloud Tarot deck from wordcloudtarot.com 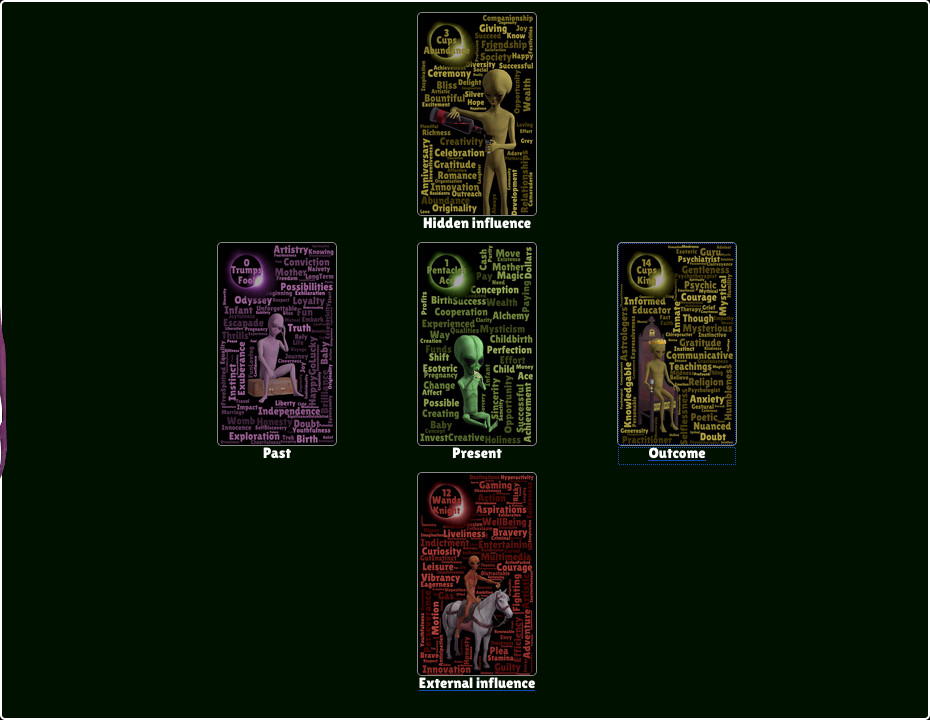