This week in the #UK #Parliament, MPs are debating the “#Police, Crime, Sentencing and Reports” #bill, designed to crack down on protest.

Adam did a #tarot reading to investigate.

The British invented the police, the good old British bobby.

Their historical mission is represented by the six of Pentacles. They are a non-profit, with the well-being of the people as their mission. Beneficence and dedication to the cause is the reason for their existence.

They exist of course in a wider community, the external influence of the people. Which demands unity, balance and harmony to recognise the interconnectedness of society.

Hidden behind the cop’s public face though is the power of the corporate state: the 11 pentacles. Concerned with punishment, and enforcing debt, with protecting industry and investment rather than the people.

Which brings us to the present: The Hanged Man.

Catastrophe and disinterest. The state fails to see the interconnectedness of all things and renounces parts of it’s own society. Treating them with disdain and disavowing their very right to exist.

This is how bad protest laws already are, even as the state discusses making them worse, making that balance favour more the interest of capital.

The outcome will be justice: Oversight of these powers, Remembering our common humanity and dignity. Governance comes from agreement, not suppression and strength.

Will parliament realize this outcome?

The cards suggest it will happen, even if the parliament itself must fall to achieve it.

You can buy your own copy of the Word Cloud Tarot Deck from anywhere in the world at wordcloudtarot.com or follow us on twitter at @wordclouttarot or on Youtube or Oddsyee. 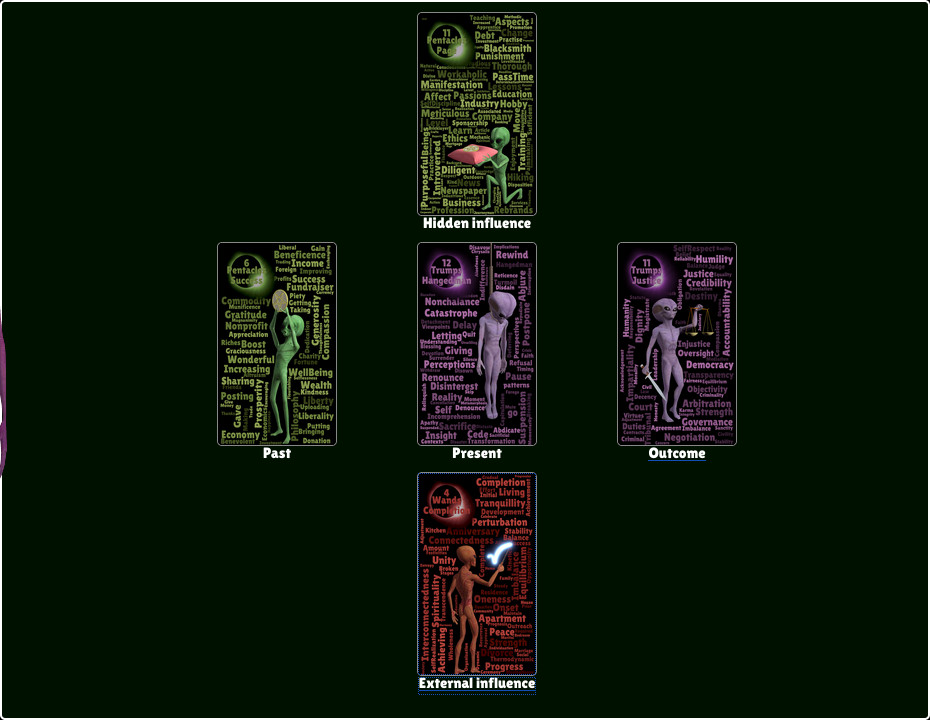