This week Julian #Assange’s appeal has been denied, so we ask the #tarot cards: How can the UK claim to be a free country while it imprisons journalists for exposing the #warcrimes of it’s allies?

The Wikileaks project was born from Julian’s passion and faith that exposing the crimes of the state would weaken the state. His ambition to give the people insight and clairvoyance. It was a heartfelt emotional mission.

He led his project with empathy, faith and courage. He enlightened the public by honest reporting and cultivation of the self-criticism of the west, encouraging leakers to come forward.

But this comes up against the power of the state itself, the deep hidden powers that ensure there are hazards to
enemies of the state’s combat and pervasive power. The military and deep institutional powers.

The power of those great international institutional forces leaves Julian sacrificed, hung out to dry.
This is a catastrophe for him, his turmoil is being extended, to make other journalist afraid.

And they are afraid, so that many are refusing to speak out.

The cards think there will be dreadfullness and movement, networking and a new destination. And we will get there soon.

It seems the cards think that the UK will indeed extradite a journalist for explicitly political reasons based on the bad faith testimony of a serial fraudster who has since retracted his lies.

We can only hope that Julian will receive better treatment from the Americans than from the British. 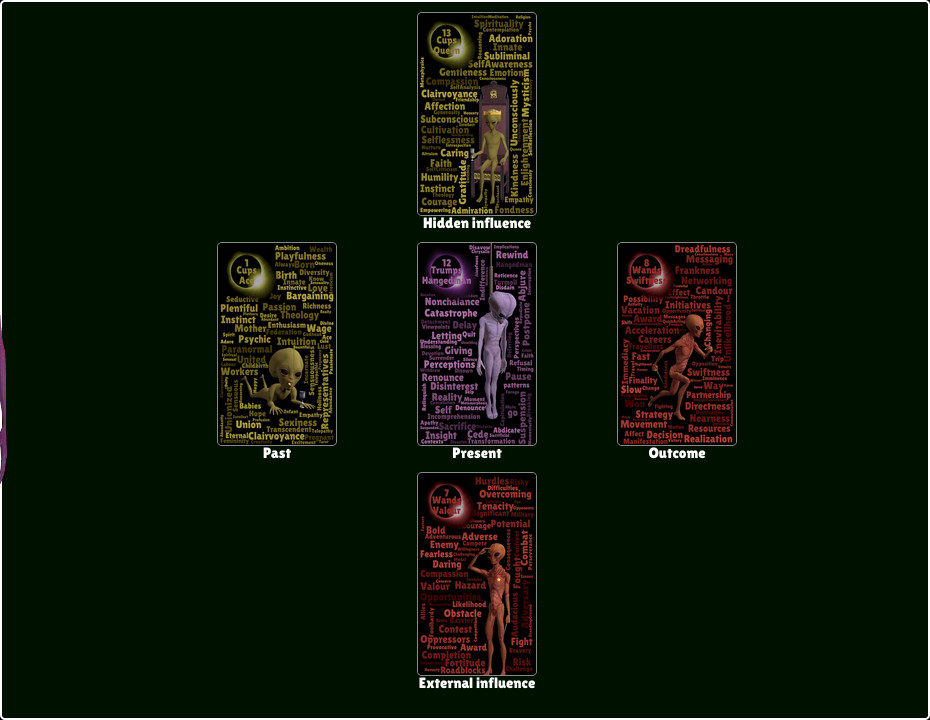