This weekend #SalmonRushdie was stabbed in the neck by a religious maniac so in this weeks #tarot show we ask which is the best #religion anyway?

And for once we get a clear answer.

Religions that are filled with anguish and emphasise the betrayal of mankind towards god. Religions like Catholicism, or Judaism. They fill their followers with desperation and despondency, they know they have disappointed god, so live a life of remorse and regret, Sorrow and stagnation.

Here we have the religions that have consciousness and enlightenment at their core. Buddhism, meditation, tarot, the esoteric religions of the east that emphasise spirituality and the occult.

The 12 of Trumps represents religions that demand capitulation, surrender, submission, those with a god that demands we forgo pleasures and relinquish or renounce our own selves for the group and the divine.

Those who would hang apostates. Islam, perhaps, or the Christianity of the Crusades.

The final card is the 8 of Pentacles, so we are signalling a religion concentrating on prudence, on argument over violence, on education and maths and learning, those that are more rational and reasoning.

Protestantism, or Humanism, or Atheism.

So what of the guilt religions?

They have their obvious downsides: The guilt and disappointment and dejection and despair. But since people bond under stress, and disaster brings out community. So paradoxically the guilt religions can lead to an affection for god and a sense of companionship and camaraderie in the group. It can increase faith and harmony and gratitude to be a part of a group that knows they have offended God and must suffer his wrath.

The more spiritual and enlightened religions lead to community, civility, to compassion for others based on justice and kindness and love. To meditate and understand the oneness of all things breeds a restraint and patience that leads to peace and tranquillity.

What of the violent campaigning religions?

Their followers turn cruel, they copy the violence of their god and attack and assault others, like barbarians. Their societies can be brutal and full of cruelty and injustice. They suffer and inflict terror because of the savagery and slaughter their god demands and permits.

Where does the logic and prudence of the protestant and atheist religions lead? Indolence.

Without any god people can become alienated from their fellow man. They may become callous and complacent, disheartened and gloomy and wistful.

Godlessness leads to hopelessness, it can be literally dispiriting.

So what is the best religion?

The best religion is a truce, an armistice between all the religions, and agreement to live and let live, to have an ceasefire and allow people to choose their own religions, to let the outgroup do as they will, and pause any hostility.

The best religion is a stalemate, an acceptance that at best, almost all religions are made up so we should learn to live with our fellow man.

The guilt religions may increase love, but they fill people with anguish and despondency too.

The rage religions lead to cruelty and brutality

But protestant and rational atheism can lead to indolence and alienation 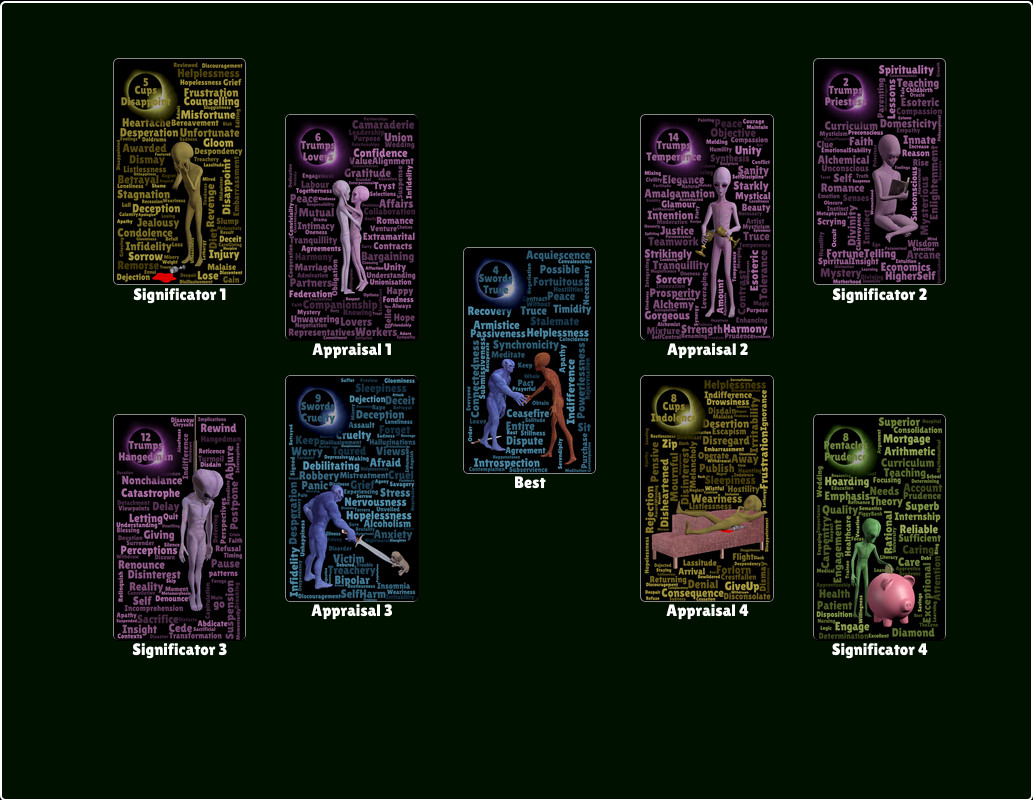